Tulip Mania: When Tulips Were Worth More Than Gold By Bryanna Sweeney

“Life isn't a tiptoe through the tulips.”

Tulips are back in bloom and available in an unimaginable amount of varieties, ranging from two-toned to jagged petals that look like flames or goblets that expand as they grow. Like how the potato is mistakenly thought to originate in Ireland, the tulip did not come from the Netherlands despite their obvious love for the flower.

Thought to have originated in the Himalayas, the tulip was first collected by nomadic soldier Turks. The name tulip originated from turban because of its shape. Tulips soon integrated into Turkish culture and captivated the mind of the Sultan of the Ottoman Empire, Suleyman the Magnificent who held tulip parties as long as the flowers were in season. His adoration for tulips was so great that he had its image embroidered on his clothes. The Turks regarded the tulip as holy and seeds and bulbs were gifted from sultans to western diplomats.

Not until an ambassador of the sultan provided the botanist Carolus Clusius shared tulips seeds with him did the tulip begin to cement its roots in Dutch culture.

Clusius created one of the earliest botanical gardens at the University of Leiden in 1594 and is credited with developing the Dutch tulip bulb trade. His study of tulips revealed the tulip breaking virus which was responsible for the multi-coloured rugged and luxurious varieties that were in high demand. People often robbed bulbs from his garden as the fascination with the tulip spread. Growing tulips evolved into a hobby for the wealthy symbolising wealth and prosperity. As demand for tulip bulbs rose amongst the middle classes, so did the prices.

At this time in history, the Dutch had developed advanced financial systems and were the first to record financial events such as stock market bubbles and crashes. The first-ever economic bubble is thought to have occurred between 1634 and 1637, a period referred to as ‘Tulip mania’. Demand for ‘broken’ tulips, which were slower to propagate, was rising and eventually merchants were trading pieces of paper for bulbs that never passed hands. Tulips were worth more than gold and at the height of the market, the rarest bulbs were worth six times a person's annual salary. Bulb prices rose and crashed dramatically which bankrupted many merchants while enriching many others. However, the tulip trade recovered and is still going strong today.

Like the Turks, the Dutch’s obsession with the tulip didn’t stop at the garden. Early Impressionists such as Monet and post-impressionists Cezanne and Van Gogh often used tulips as the focal point of their work. When people couldn’t afford tulip bulbs, they settled for images of the flowers on paper, linen, pottery; wherever the motif could be found.

Although tulips may not be worth more than gold today, they continue to dominate the Dutch flower bulb industry who is the world’s largest supplier having mastered the art of growing tulips. While in Turkey, the tulip festival is celebrated annually during April throughout Istanbul where, after four hundred years, the tulip is still revered and loved more than ever. 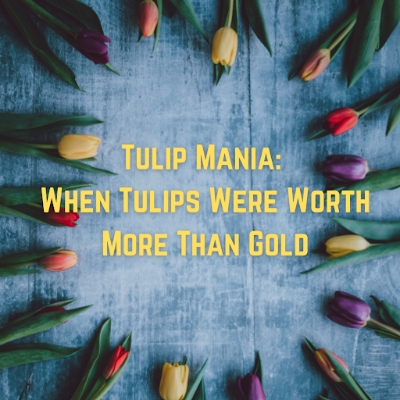 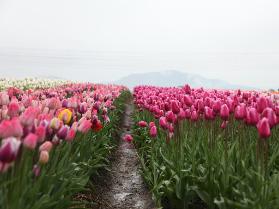 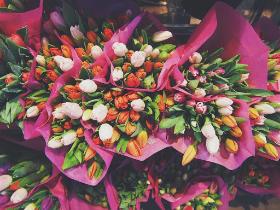 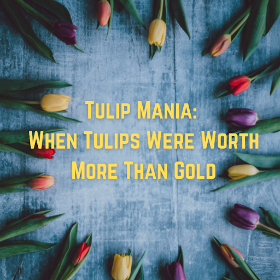